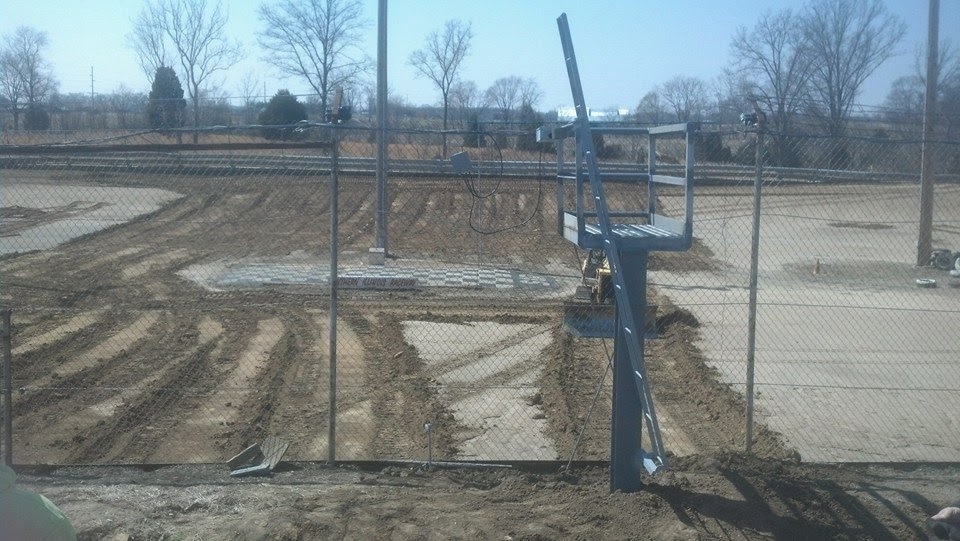 FACILITY UPGRADES
Check out the new flag stand we have this year to help our fans see better! Big thanks to the Maiers for building it!!! Also, look in the background....we are adding some banking back into the track!!! Hopefully it will be even faster in 2014!!!

SIR ANNOUNCES THE HUSTLE'S HARD CHARGER AWARD
Southern Illinois Raceway is pleased to announce the Micro Sprint Nation hard charger award for the Sawyer Chassis Highbanks Hustle presented by Lightning Wings! Jimmy Miller with Micro Sprint Nation has stepped up and sponsored the hard charger award this year. The driver that advances the most positions in the A-Main on Saturday night of the Hustle will receive $100 in cold hard cash!

As announced a couple of days ago, Jimmy and Micro Sprint Nation will be in full force filming on demand content at both of our POWRi National Micro Sprint races on July 26th and October 4th. Jimmy has done a lot for micro sprint racing in the last year and we are proud to have him on board with the Sawyer Chassis Highbanks Hustle presented by Lightning Wings!

As a reminder the dates for the Hustle are practice June 19th, Prelim Night June 20th, and final night June 21st. The rain date is slated for June 22nd. We hope to see everyone come out and see some of the best racing all summer

CHECK OUT THE MICRO SPRINT NATION MEDIA SCHEDULE
Southern Illinois Raceway is proud to announce some added excitement to our 2 POWRi Speedway Motors Nationals Micro Sprint races in 2014. Not only will the best Wing Outlaw racers in the midwest be in the house to duke it out on the Highbanks July 26th and October 4th, but Jimmy Miller with Micro Sprint Nation will be at SIR those nights taping the action and other content for on demand viewing!

Jimmy has done a great job helping to promote micro sprint racing in the last year! We could not be more excited and proud to have him down to SIR to help get our track and micro sprint racing even more exposure. Head on over to Jimmy's Facebook page "Micro Sprint Nation" and give it a like to keep up with all of the work he will be doing this summer. 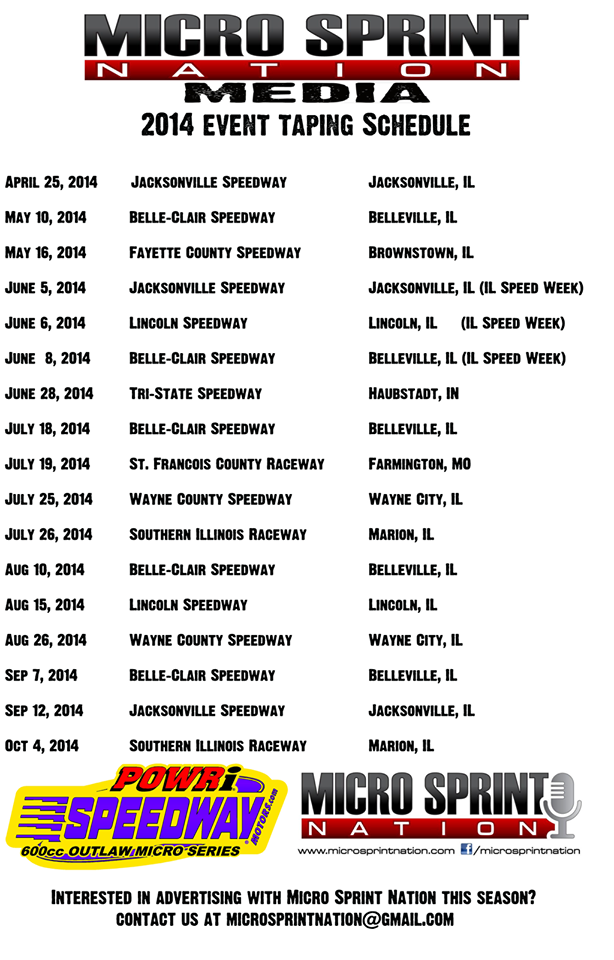 The POWRi races at SIR will be normal general admission prices (6 years old and under FREE, 7-12 $3, Over 12 $7), however pit passes will be $30 for those 2 nights. We hope to see everyone come out to see some great POWRi racing this year. Who's ready for race season?!