Lightning Wings is among the most well-known wing manufactures in micro sprint racing. They build wings for everything from wing outlaw karts, to junior sprints, to micro sprints, and even full size sprint cars! Anyone needing wings for their micro sprints can find more information on their Facebook page, website ( www.lightningwings.com ), or by calling Clarissa at 918-585-8551.

Everyone at SIR would like to thank Lightning Wings for being such great supporters of our race track!


SAWYER CHASSIS RETURNS AS SPONSOR OF THE ENGLER MACHINE AND TOOL HIGHBANKS HUSTLE!

Sawyer Chassis was established in 1958 and has been producing winning micro sprint chassis for over 50 years! In recent years the development of the "626" chassis has brought Sawyer Chassis to the spotlight by winning 2 POWRi Championships and multiple big races including: the 2014 Outlaw Nationals, the DRC Memorial, The 66, The Cornhusker Nationals, 2013's Highbanks Hustle, the Terry Sprague Memorial, and the Tulsa Shootout. Many top micro sprint drivers such as: Frank Flud, Chris Andrews, Scott Sawyer, Jeremy Camp, and Nate Lauderbaugh choose Sawyer Chassis to go fast! For more information about Sawyer Chassis visit them at www.sawyerchassis.com or call Scott at 918-258-2944.

We would like to thank Mike Ross, Scott Sawyer, and everyone at Sawyer Chassis for supporting one of the highest paying Micro Sprint races in the country this year!

SIR WELCOMES BACK BANK OF HERRIN AS HUSTLE SPONSOR!

Southern Illinois Raceway would like to welcome back another return sponsor of the Engler Machine and Tool Highbanks Hustle. Bank of Herrin, Mike and everyone at Bank of Herrin have supported SIR for many years. 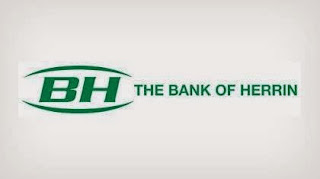 The Bank of Herrin is one of Southern Illinois' oldest and most trusted banks for both personal and business banking with bank branches in Herrin, Carterville, Marion, Cambria and Energy.With a wide range of products and services including Personal and Business Checking Accounts and Loans, Personal Savings Accounts, Online banking and so much more, the Bank of Herrin is your one stop for all your banking needs.

On their Personal Banking side, their Customer Service area is staffed by courteous people-oriented staff trained to help you decide which type of account is best for you. In addition, their Business banking is top of the line as well. They know that it is hard work running a business, and don't think your commercial checking account should be one of your worries!

You can visit them online today at www.bankofherrin.com or at one of their locations in Herrin, Carterville, Marion, Cambria or Energy!

SIR would like to thank Mike Hudson and everyone at Bank of Herrin for their support.

Micro Sprint Nation, founded by Jimmy Miller in 2013 is dedicated to covering and promoting the sport of micro sprint racing through videos, podcasts and our website. In the previous year, Micro Sprint Nation has expanded to cover midget and sprint car racing as well and provides top quality video and podcasts to viewers and listeners across the interwebs!

Micro Sprint Nation will be giving BOTH Friday night's and Saturday night's A Main Hard Charger a cool $100 bill for their hard work.

SIR would like to welcome Micro Sprint Nation and Jimmy Miller back to the Engler Machine and Tool Highbanks Hustle and thank them for their continued support!

Business owners! This is a last call on sponsorship opportunities for the Engler Machine and Tool Highbanks Hustle!

If you would like to be a part of the show in some shape or form, shoot the track a message via facebook or through email at southernillinoisraceway@gmail.com.

We need to get things wrapped up so we can get shirts designed and here on time!
Thanks